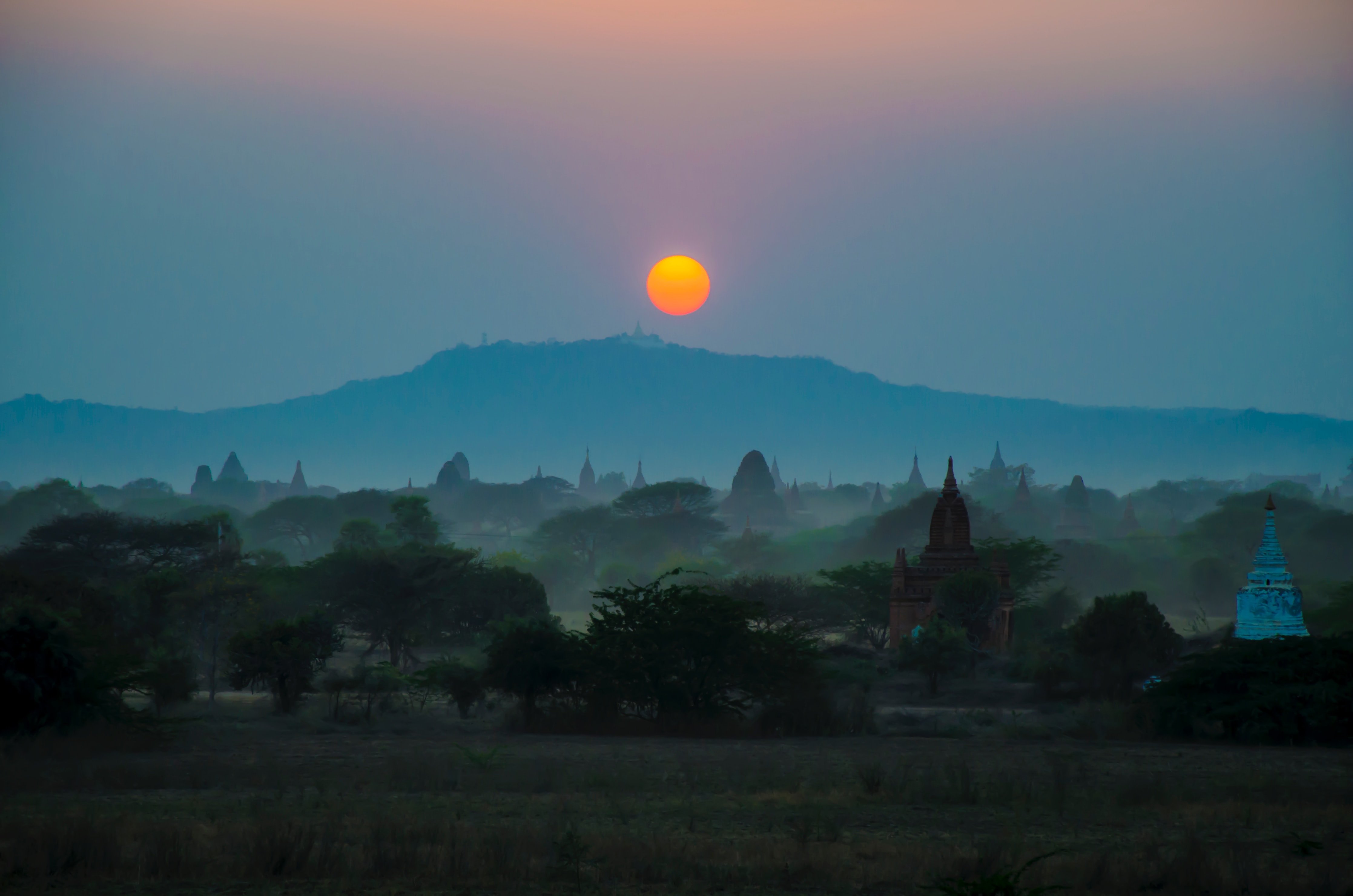 Mranma Prañ, also known as Mynamar, is a country located in the western portion of the Southeast Asian subcontinent. Culinarily speaking, this region’s cuisines have gained less notoriety than those of its neighbor to the east, Thailand. Nevertheless, the flavor profiles and variety of dishes offered across Myanmar are worth a closer look.

As stated by sociologist Mandy Hughes,  “food in Myanmar varies considerably depending on ethnicity and tribal groups”. For example, she compares Bamar or Burman (the largest ethnic group) food to that of the northwestern Chin state. While Burman cuisine is often fried, incorporating more fish, shrimp paste and fish sauce, food in the Chin state tends to be lighter and is frequently boiled in water. With over 130 ethnic communities in Myanmar one could spend a lifetime drawing such comparisons. Having said that, the point of this article is to introduce a basic flavor profile which can then be used to appreciate the different uses of ingredients in a given region.

According to Mohanna Gill author of Myanmar: Cuisine, Culture and Customs, “the essential condiments [and ingredients] used are reminiscent of the flavours of neighbouring countries, including fish sauce, dried prawn (shrimp) paste, dried prawns (shrimps), soy sauce, garlic, ginger, lemon grass, turmeric, tamarind, coriander, mint, chillies and coconut milk.” (Gill 19). There is, therefore, a wide array of ingredient combinations . As Iyer notes this spectrum includes the “subtlety of Chinese, the spiciness of Thai, and the depth of Indian spices”, all of which can complement each other in a single, unique meal.

Meals in Myanmar are traditionally served communally as a single course. At the center is white rice (Htamin), a stew of meat or fish (Hin) , soups (Hincha), as well as a plethora of in-season vegetables. These vegetables may either by lightly cooked, raw, fermented or combined in salads (Thoke). Not to forget, dipping sauces served with raw vegetables and fresh herbs also decorate the meal.  Let’s look at some of these elements in more detail.

Rice (Htamin): Myanmar is one of the largest consumers and exporters of rice in the world. It is no surprise that rice is at the core of this food culture and the sheer amount of dishes which feature rice is testament to this. Rice and derivatives of rice, like noodles and rice paper feature in anything from a main dish to breakfast and street snacks. Also interesting is how rice is used in salads. Using rice for salad and combining it with both fresh and fermented foods could be a great way to use leftover rice or to offer a more cooling dish during hotter seasons.

Stew (Hin): Often characterized as a form of curry, these stews are started off in a pan (with oil) with a paste consisting of ginger, garlic, turmeric root, onions, chilies, and spices like coriander seeds or cumin. Added after, are either a broth (fish, meat, or vegetable), touches of coconut milk, or simply water. The last step is to add a protein. Generally added to Hin is chicken, ocean or freshwater fish, or pork. While I am still new to this type of dish, after some research it seems Hin is typically cooked using minimal spice mixtures and a simple and fresh starting paste,  and with a more subtle use of coconut milk to form a sauce. Also adding depth and umami are dried shrimp (prawn) paste, shrimp powder, and fish sauce.

Soup (Hincha): One word which best describes soup in Myanmar is versatile. They are enjoyed either hot or at room temperature, and can even stand alone as a main dish. Whether sweet, sour, bitter, or legume based these soups traditionally accompany a meal and serve as a means to stay hydrated and to cleanse the palate. Sweet soups include passive and refined qualities, while sour and bitter soups are characterized by tangy, peppery, and citrus-fruit qualities. Ingredients like tamarind juice (diluted and strained from the pod) pepper, chillies, lime, and lemongrass elevate soup bases with a lingering tang or refreshing bite. One very popular soup is Boothee Hincha or bottle gourd soup. It consists of water, chopped bottle gourd, dried shrimp powder, shrimp paste, fish sauce, sliced onion, garlic, and salt. Another popular soup enjoyed at breakfast and throughout the day is Mohinga. Considered as an emblematic dish in Myanmar, one can find infinite versions of this dish throughout the regions.

Salads (Thoke): Salads or Thoke, which directly translate to “toss by hand” are a fascinating component of dishes in Myanmar. Like with Hincha, they include sweet, sour, salty, and spicy flavors and fragrances. For starters Thoke may include a crunchy seasonal vegetable, shredded meats (e.g. boiled chicken) and even sometimes fruit.  Also critical to the flavors are generous amounts of sesame seeds, peanuts, fried garlic and fried shallots, and coriander leaves. Last but not least, salads are also dressed with fragrant oils, like chili oil, garlic oil or shallot oil. The sheer variety of salad combinations really stood out to me as a gem of dishes in Myanmar. Check out my Burmese-style cabbage thoke recipe in the post that follows!

What can we learn from cuisine in Myanmar?

Learning more about food in Myanmar may open our eyes to the more subtle and simple ways in which the Southeast Asian palate is understood. I tended to think of curries, soups, and dishes of SE Asia as very bold, complex and requiring large combinations ingredients. Yet, a snapshot of Burmese cuisine has allowed me to take a step back and appreciate single ingredients in and of themselves. Myanmar’s diverse cuisine thus helps demonstrate how onions, shallots, coconut milk, ginger, turmeric, and related oil infusions can provide an elegant touch and depth without overpowering flavors of meats and vegetables. I am now beginning to see how SE Asian staples can be used in moderation. This knowledge is useful because if and when you incorporate SE asian ingredients to other forms of cooking, there is no need to over combine in order to reach a desired taste.

Hughes, M. (2019). The social and cultural role of food for Myanmar refugees in regional Australia: Making place and building networks. Journal of Sociology, 55(2), 290–305