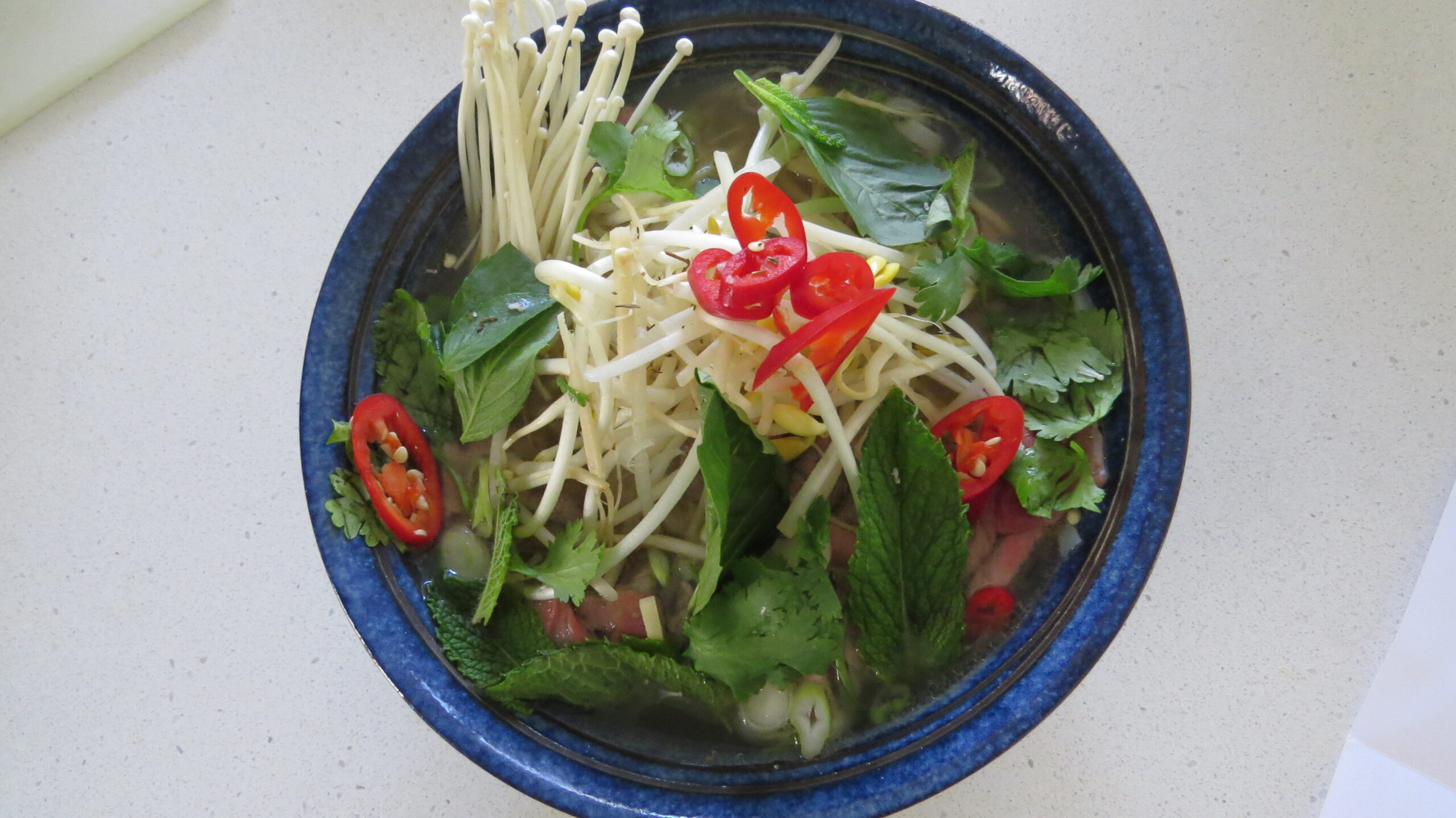 It’s safe to say that nearly every foodie has heard of and tasted Phở. Entire restaurants which specialize in this dish are now mainstays in towns across the US. If there isn’t a hot spot for good Phở in town, many would say that it’s stuck in the past. Though Phở is often understood as a global food with infinite variations and adaptations it has origins.

To begin, Phở is popular Vietnamese street food available and accessible throughout Vietnam… for every meal of the day. It is a main course characterized by a clear and savory broth, rice noodles, and complimentary toppings. It is believed to have originated in Northern Vietnam in the late 1800s and early 1900s during the first wave of French colonization where French occupants introduced the widespread use of beef as a staple ingredient. Though many of the Vietnamese at that time were not able to enjoy a diet rich in beef on a daily basis, many made use of the leftover bones and meat parts to create bone broths, which subsequently came to form versions of Phở (rice) noodles in beef broth. Also, often claimed is that the name Phở is an adaptation of the French word “feu”, which refers to the French meal “pot au feu” -pot on the fire-, which like Phở is composed of a clear beef broth and in addition complemented with boiled vegetables. Lastly, one should also note the similarities between Phở and beef noodle dishes from China, as well as, the use of cloves, anise, and cinnamon which provide aroma and depth when making the broth. 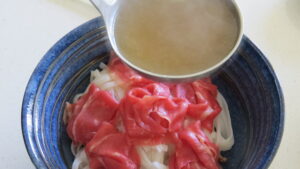 According to enthusiast and researcher Cuong Huynh there are two main kinds of Vietnamese Phở. He argues that purists of Phở will stake their claim, defending that the one and only Phở out there is the Northern Phở bac. The latter is made of an exclusively beef bone broth, served with thinner rice noodles, and topped with cilantro, onions, and green onion. Contrary to Phở bac, in Southern Vietnam, there is a different version of the dish known as Phở nam. This bowl is known for using different types of broth which may include chicken and dried seafood for flavoring. On top of that are a whole spread of fresh add-ons like Vietnamese basil, beansprouts, and chilis. Phở nam is also accompanied by hoisin sauce and chili sauces. 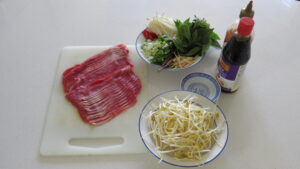 Though the history and origins of Phở are hotly debated, there are somethings we can be certain about. Phở is a cornerstone dish at the center of Vietnamese cuisines and like many broth-based meals, it’s all about the broth and the freshness of the ingredients. The clean beef flavor and aromas are something that should stand out right away. Just inhaling the whiffs of broth should tell you whether or not it is going to be good. Also, when it comes to serving, it’s all about the simple execution. The noodles should be hot and well drained (cooked separately, the broth has to be piping hot when served, the raw beef thinly sliced, and the herbs and garnishes fresh and clean. Unknowingly when I made Phở from scratch for the first time I was actually cooking up a bit of a hybrid Phở with qualities from both Northern and Southern styles. I did, however, focus most of my attention to the broth, allowing it to simmer for close to 7 hours. In addition, I also included additional herbs like mint. Furthermore, the chilies I used where Korean hot peppers. I also added some mushrooms. Although I added some ingredients to the mix, I still feel that I honored some of the basic elements of this Vietnamese classic. I look forward to the next time when I make this dish, I will try to make it closer to the Phở bac and I’ll share the recipe! 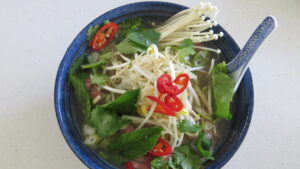